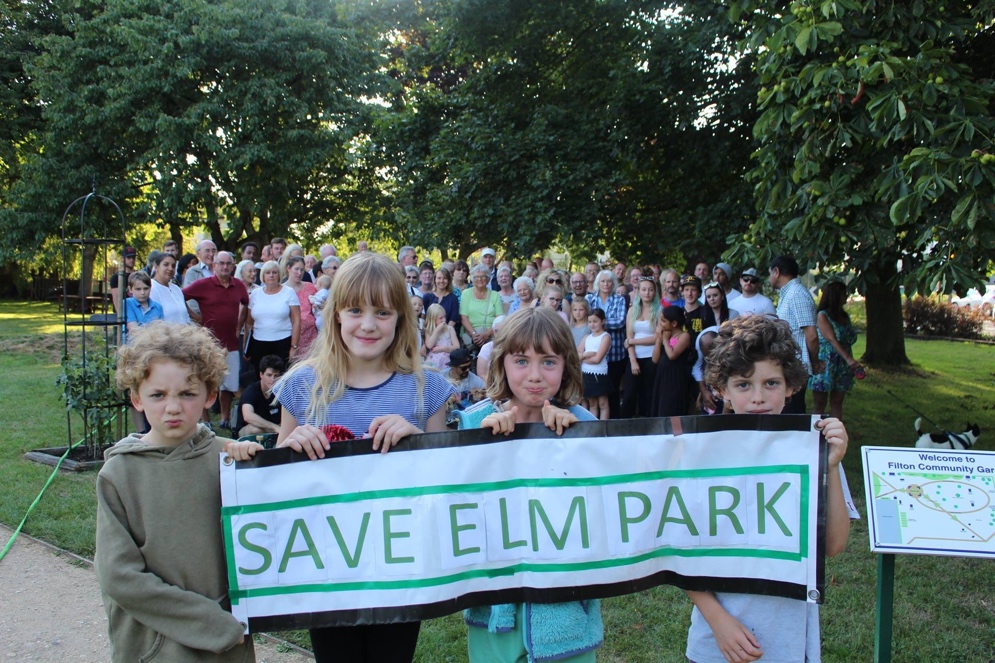 With the conclusion of South Gloucestershire’s Council’s consultation on the Policies, sites and places plan, we’d like to present an update from the Save Elm Park Action Group Chair to residents on the situation and what happens next:

At South Gloucestershire Full Council Meeting on 8 November 2017 the Council voted in favour of adopting the PSP which was no great surprise. The Policy Sites and Places consultation is really important to stop green spaces being targeted by developers. By designating areas these spaces have a level of protection. The vote was to accept the PSP as a whole or reject it, it could not be rejected in part so a special case could not be made for Elm Park and the strip containing so many of our facilities. All the Conservatives voted as one supported by members from other parties, the majority of the Labour Party either abstained or voted against as a protest knowing that the consultation was going to be voted through so there was tactical voting on both sides. Our objective was to lobby South Gloucestershire Councillors and make life as difficult as possible and put them on notice that if a road widening scheme was proposed in the future we would be there in numbers to protect our facilities. At the meeting we overwhelmingly achieved this we had them squirming in their seats, the Executive Member Colin Hunt had a really rough night demonstrating anger and frustration in equal measure. The Committee did pass a further motion that Elm Park would be looked at again next year when the Local Plan is drawn up, it was not much of a giveaway as it will apply to all areas but we did get a special mention and I take some comfort from that. We have to look at why we got into the position we were in last night and why it was the residents who had to take this to South Gloucestershire Council. In the June 2016 consultation the whole of Elm Park was designated as a green space so happy days. However between November 2016 and February 2017 there was a further consultation with input from the Highways Department and this is where the buffer zone was introduced. Our South Gloucestershire Councillors and Town Council were advised of this further consultation but took no action, they were complacent they felt that had dealt with it in June 2016 so did not need to look at it again, crucially they missed the opportunity to attend a workshop and also meet with the inspector and object at that stage to the buffer zone. Our South Gloucestershire Councillors were informed about the changes in May 2017 but again did not take any action and look at the documents presented to them. This happened again in June 2017 when they and the Town Council were provided with the completed consultation again they did not read the documents presented to them, we are very fortunate Helen Johnson did because otherwise we would be none the wiser. Our Councillors now have the opportunity to put this right under the Local Plan, there is no room for complacency, firstly we need to get the map of Elm Park correct, the map provided to South Gloucestershire Council by the Town Council  was so unclear that the area on the corner of the A4174 and Shellard Road was missed from the designation, this is the area of the former play area. Also they need to get the Millennium Green designated currently it has no protection. The school field which is used by St Vallier football teams and other activities also needs protection, it is of great concern that the Filton Town Council lease on this land expired in August 2015 and South Gloucestershire Council are dragging their heels on renewing. This is a prime site for a housing development and also extending Shellard Road to Fourth Avenue. I would just like to give my thanks to those who spoke so well and passionately at the meetings,  Helen Johnson, Howard Bowker, Tony Hillier, Louise Davies, Keith Briffet, Darryl Collins, Brian Smith and Elizabeth Eelsden. As I said we did achieve a lot  and it will make it easier for Councillors in their negotiations to protect our green spaces next year, SGC are on notice that we will not be ignored. Regarding any road widening scheme in the future we were assured that at this time there is nothing planned it will be subject to a further consultation, if it happens we will need to mobilise in numbers.

This website uses cookies to improve your experience while you navigate through the website. Out of these, the cookies that are categorized as necessary are stored on your browser as they are essential for the working of basic functionalities of the website. We also use third-party cookies that help us analyze and understand how you use this website. These cookies will be stored in your browser only with your consent. You also have the option to opt-out of these cookies. But opting out of some of these cookies may affect your browsing experience.
Necessary Always Enabled

Any cookies that may not be particularly necessary for the website to function and is used specifically to collect user personal data via analytics, ads, other embedded contents are termed as non-necessary cookies. It is mandatory to procure user consent prior to running these cookies on your website.